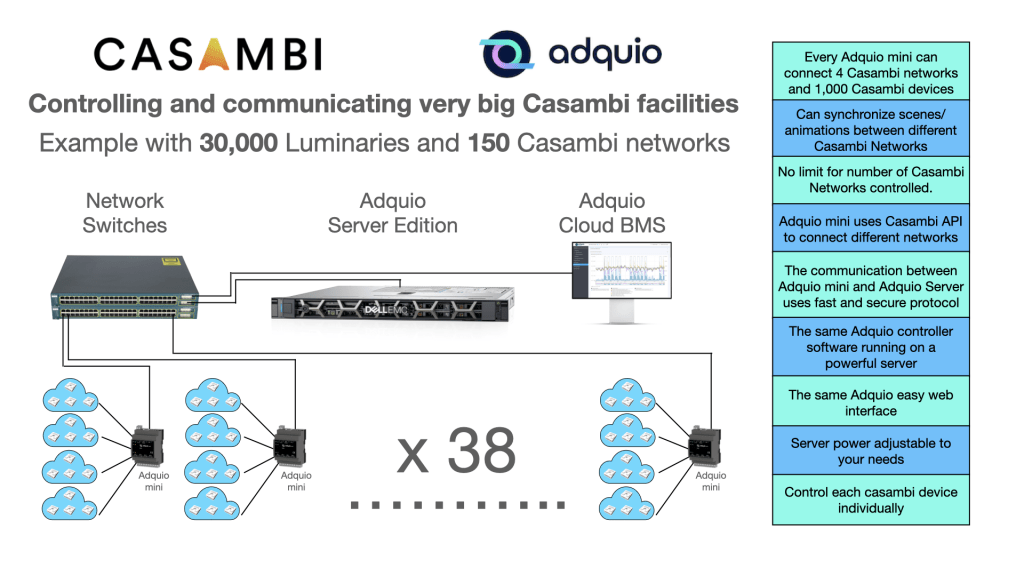 In previous posts, we talked about how Adquio could help in large Casambi installations, but what happens when the installation is not large, but very large? In this example, we propose an installation with 30,000 luminaires, but the example can be extended to any size of installation.

We start from the basis that each Casambi device generates an average of 7 variables that are usable or interesting for the end user, therefore, if we do the multiplication, we have 30,000 x 7 = 210,000 variables. As you know, Adquio is capable of managing thousands of variables, but not as many as necessary for this case.

In the example, we use an Adquio mini to control 4 Casambi networks with an average of 200 devices in each one, this gives us 200 x 4 x 7 = 5600 variables for each Adquio mini, this is something that can be assumed.

Now we need a device that can collect the data from those 38 Adquio mini, and this device cannot be an Adquio controller, so… what do we do this time?

Wouldn’t it be ideal to have a powerful server, but running the same well-known and loved Adquio software? Well, we’ve done it! Using our GNU/Linux Base technology, we have been able to port all of our Adquio software to the Intel/AMD platform and run it seamlessly on a server. This multiplies the power of our software to the limit that we need, since we can select between different servers and adapt it to the specific needs of each case. In this instance of the example, we have selected a Dell server.

With this solution we have a fully scalable system, and using the connection technology between controllers, this server behaves like an Adquio, but with superpowers!

From here, we have the normal services of our BMS Adquio cloud available, both in its version installed locally in the client’s offices, and in its Cloud version, with which the end client does not have to worry about the maintenance or security of your server.

As you can see on this occasion, we have closed the circle, and we cover all the types of Casambi Installation that can be given to you, from the smallest and most modest to the largest and most complex. 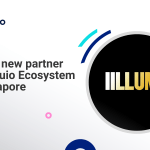 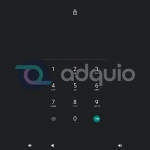 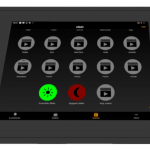