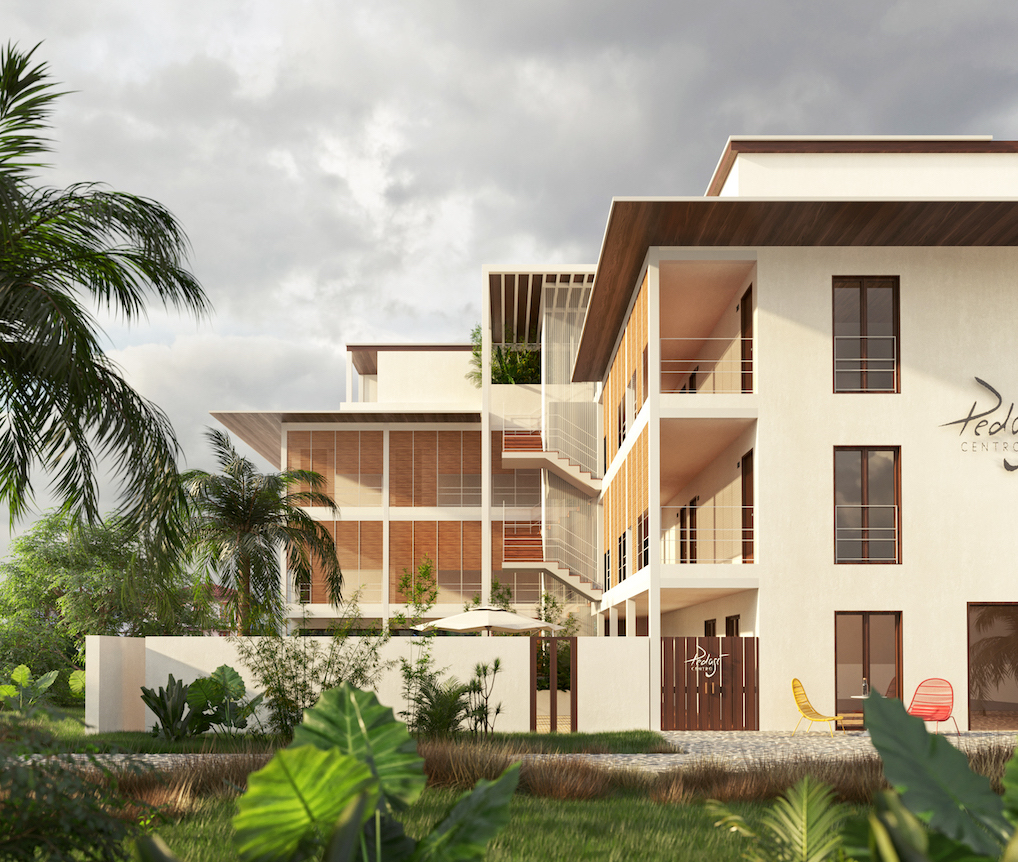 Presentation of the case:

In this case we will tell you how the Hotel automation has been carried out Pedasi with adquio ecosystem. On this occasion, it was used to solve the control and automation needs of the 23 rooms and the rest of the common spaces and facilities in the new Pedasí hotel, in Panama.

It is a new 4 * boutique hotel on the Panamanian Pacific coast, in charming Pedasí. Elegance, tradition and modernity come together in its twenty-three rooms and nine spacious suites with terrace, access to the spa, jacuzzi, swimming pool and gym in a privileged natural environment. Opening in November 2020.

The main objective was to centralize the control of 51 controllers, 23 thermostats to solve the following needs:

Usually in hotels with entrance from the inside to the rooms, it would be enough to place a mini-controller per floor and thus be able to satisfy the needs in terms of device control.

However, the particular architecture of the Pedasí Centro hotel, with access to the rooms from the outside, increased the complexity of the installation, since the cable run would have to be done from the outside and this had a negative impact on the aesthetics of the building.

It was decided to use two adquio mini and a adquio lite . On this occasion, the excellent connection capacity of adquio Mini was used extensively, distributing and taking advantage of its 485 buses in a complete way, being as follows:

The second adquio mini was used for the complete control of the floor under cover, distributing the 4 485 positions for the control of: Hall, waiting room, warehouse, toilet, sauna, hydromassage, beauty cabin, massage cabin and 4 suites . A total of 6 changeover relay controllers and digital inputs.

Finally, the adquio lite connects through its LAN ports the two adquio mini and of course WAN to the internet. In addition, in its 485 buses, it also manages 6 rooms and 10 common areas such as corridors, reception, administration, laundry, etc. A total of 21 devices on its buses.

The interior and vertical wiring ducts were used to carry out the bus cable run. The configurations of the other ports were similar, connecting rooms on both floors for each controller port to perfectly adapt to the particularity of the building’s installation.

The installation of 3 devices connected to the bus was carried out for each room that have two controllers and a thermostat. With 2 controllers in each room, 16 possible switch relay controls and 4 digital inputs per room are obtained.

A thermostat was installed through the ModBus protocol, with the ability to manage temperature and humidity.

For the control of the led lighting, 7 relay outputs were used for light points. In addition, one was used for lighting phase (switches), one for fan and one for presence, leaving 6 for possible extensions free. 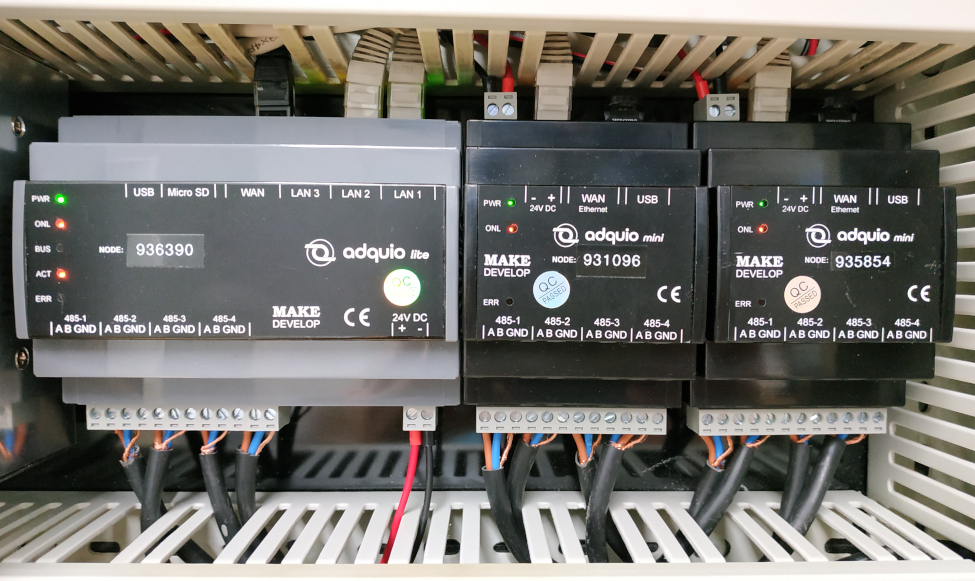 Another key aspect was to improve the hotel’s energy efficiency by automating the operation and shutdown of lights and ventilation through presence detectors in each room. One of the peculiarities of the Pedasí hotel is that the room doors are opened through the mobile phone, via Bluetooth, which means that the presence detection by card was ruled out. For this reason, volumetric and infrared presence detectors were installed.

At this point, it should be noted that the motion presence detector was not enough since, after a few moments without detecting movement, it would give the order to turn off the automatic lighting and air conditioning, even with people inside the room. (Case of guests sleeping or located outside the focus of the detector). That is why a strategy was created in which the presence detectors were combined with a door contact that gives information on when the door was opening and closing.

With this winning combination, the precision in terms of guest detection was infinitely increased and, as a consequence, the automation of the operation of air conditioning, lights and elevator, allowing to save costs and thus improve hotel efficiency by up to 25%.

On the other hand, the guest also gains freedom and comfort, since he can act naturally without any type of worry to enter and leave his room.

Versatile controller for HVAC equipment: Get to know it